June 26, 2019
Rent increases capped to a maximum of five per cent year on year • One-year minimum contracts for home rentals • Multi-year rental contracts to have increases capped at 5% • Tax credits for landlords who enter long-term contracts • All rental contracts to be registered online • Housing Authority to police the rental market Minimum one-year rental periods, caps on price hikes and tax incentives to encourage longer-term contracts, are among the main reforms to the rental market announced on Wednesday. The reform was announced by Prime Minister Joseph Muscat at a press conference and does not include pre-1995 rents. Giving a presentation of the reform, lawyer Kurt Xerri said the new law, entitled the Private Residential Leases Act, aimed to ensure stability by introducing a one-year minimum duration on all residential contracts. Dr Xerri helped draft the legislation...... Read the full article here. Source: Time of Malta online June 26, 2019
Post a Comment
Read more

June 26, 2018
Regulations will prevent fire incidents from escalating  The Civil Protection Department is in the coming weeks proposing a number of fire safety regulations for apartment blocks.  The measures follow recommendations in an inquiry led by Magistrate Joseph Mifsud following a fire at 77 “Waterways” Flat 3, Triq l-Aħmar, Marsascala, during which a man had lost his life. Six people had also been hospitalised.  They include that fire drills led by the administrator should be carried out in every apartment block, that each block should have fire extinguishers u fire blankets at a place that was visible and accessible and that there should be a smoke and fire detection alarm in the common area.  Other proposals are for emergency exit signage, easy accessibility to roofs, and that callers to emergency number 112 should give as much information as possible and identify a landmark for a faster response time.  These, the CPD said in a statement, were some of the measures that could be
Post a Comment
Read more

Property recovers to pre-crisis highs Prices up 4.7% in 2016 Property prices in 2016 grew by 4.7% compared to the previous year, recovering to the pre-crisis peak, according to a report issued today by the Central Bank of Malta. However, the CBM said there was no cause for alarm about affordability as the ratio between the median house price and households’ income remained significantly low when compared to the boom period of 2005/2006. The bank said there were two reasons for this: the fact that incomes were rising, and the fact that pressure driving up prices was mostly generated by foreigners seeking jobs in Malta. The CBM noted that in response to the higher demand, supply was also expected to increase in the near term, as the number of permits issued by the Planning Authority almost doubled in 2016 – although not to the pre-crisis peak. Meanwhile, the bank repeated its Real Estate Market Survey among real estate agents, a larger share of whom expressed their view that res
Post a Comment
Read more

April 05, 2017
Lawmakers needed to explore ways how the government could intervene to restore historic dilapidated private properties, the chairman of the Grand Harbour Regeneration Corporation, Stefan Zrinzo Azzopardi, said today. “Does it make sense to allow properties to deteriorate into eyesores in areas where millions are being spent on regeneration and restoration, such as in Valletta? While I would exclude expropriation, we need to find a solution how private owners would be compelled to look after their property within constitutional parameters,” Dr Zrinzo Azzopardi said. He was speaking at a conference on regeneration, organised by the corporation. Dr Zrinzo Azzopardi vented his frustration that in some instances, efforts to restore historic areas to their former glory were hindered by the fact that the government could not intervene as the buildings were private. Another problem was that the authorities sometimes could not even identify the owners of dilapidated buildings, he said.
Post a Comment
Read more

March 27, 2017
A home restoration grant was closed today following overwhelming uptake from the public, Planning Parliamentary Secretary Deborah Schembri said today. Addressing a press conference, Dr Schembri told reporters that the Irrestawra Darek scheme, launched back in January, had been met with more than 800 requests from home owners. She said the entire €8 million allotted for the project had already been absorbed and the last few applications were being processed. Although applications had come from all over the island, the highest concentration were for Grade 1 or 2 scheduled properties in Sliema. Żebbuġ and Valletta had also generated a lot of interest, she said..... Read the full article on Times of Malta online edition March 27, 2017, here.
Post a Comment
Read more

December 17, 2016
First-time buyers of scheduled buildings will be given a 70 per cent rebate on restoration works, thanks to a scheme launched this morning. The rebate, up to a maximum of €100,000, will cover facade and interior works, balconies, and even some forms of garden works. First-time buyers of property in Urban Conservation Areas meanwhile will be eligible for a maximum rebate of €10,000. The scheme, which will start on January 16, has an €18 million cap and is on a first-come first-served basis. Receipts must be provided. The Irrestawra Darek scheme was launched by the Planning Authority this morning to help with the regeneration of Malta's village core areas. The scheme was first announced by Finance Minister Edward Scicluna in the last Budget. The planning authority said it had reached an agreement with the Local Council Association to help councils provide residents with a conservation architect. Times of Malta online article here.
Post a Comment
Read more 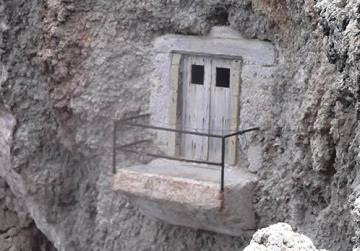